Pork is a menu must-have at restaurants around the country. Its flavor and versatility make it a top performer across dayparts – from Andouille sausage breakfast sandwiches to Thai pulled pork tacos, to chocolate-drizzled bacon breadsticks for dessert! Take a look at our report to see who’s doing more with the menu. 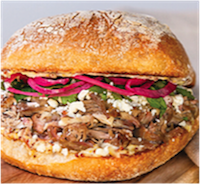