You would have to have been hiding under a pork belly not to notice the headlines that kale and quinoa have been getting in the restaurant and foodie press these days. They seem to be all that we’re talking about. And even though both of these simple ingredients have been around for centuries, they are new to many diners, kitchens and restaurant menus. There aren’t many of us who remember and crave that soul satisfying, unctuous, and familiar quinoa dish that mom or grand mom used to make. We do, however, often have those feelings stirred when we think about noodle dishes from growing up. No matter where you grew up, chances are good that noodles figure prominently in your food memories. They’re a classic across cultures, from a hot, umami-filled bowl of ramen or silky, spicy Sichuan dan-dan to buttery crunchy spaetzle or a plate of smooth tagliatelle with traditional ragù Bolognese. When craving comfort, nothing will satisfy better than noodles. And noodles are the perfect canvas for chef’s creativity, especially with the only other ingredient equally as authentic and ubiquitous – pork.

Noodles are reappearing on menus. Not overflowing platters of fettuccine or linguine covered in cream sauce, but thoughtful and authentic dishes that expertly incorporate noodles with broths, vegetables, herbs, and well-prepared, moderately portioned proteins. Meats, seafood and eggs share the headline and complement one another. But one thing is certain: pork is the perfect protein pairing for noodles in any culture and with any flavor. It offers authenticity, great flavor and versatility – not to mention profitability.

This delicious pairing is a top trend for 2014. Take a look at what’s happening with pork and noodles on menus around the country: 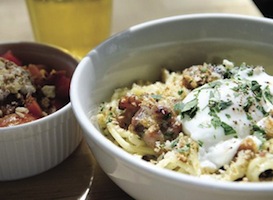 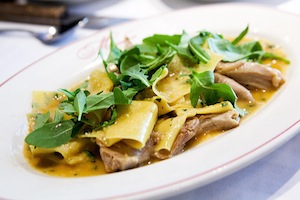 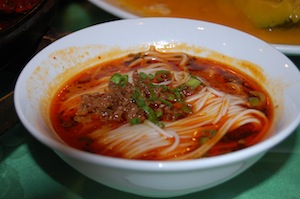 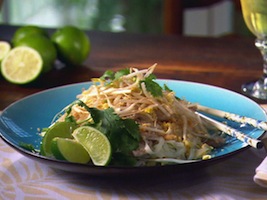 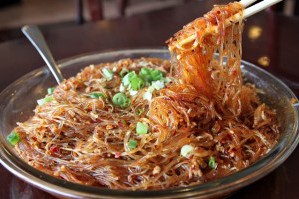 You would have to have been hiding under that same pork belly if you haven’t heard of One Off Hospitality, made up of Chicago restaurateurs Paul Kahan, Donnie Madia, Rick Diarmit and Eduard Seitan, opened Blackbird together in Chicago 16 years ago. Since then, they’ve opened avec, the Publican, Publican Quality Meats, Big Star, the Violet Hour, and most recently, Nico Osteria. Located in the Thompson Hotel on North Rush Street, Nico is described as “an authentically Italian seafood-driven concept.” Their grilled porchetta with Hama Hama clams, Farro and preserved tomatoes is the perfect pairing for many of their satisfying, thoughtful noodle dishes.

Pork is a great foil for noodles and grains of all cuisines and cultures. From traditional dishes that fulfill comfort food cravings to modern variations that keep menus on the cutting edge of flavor and profitability, pork and noodles is a delicious trend that’s sure to satisfy chefs and patrons alike.