Known as the birthplace of American democracy Philadelphia is home to US landmarks including the Liberty Bell, Betsy Ross’ house and Independence Hall. Beyond Philadelphia’s historical significance the city is also know for its food scene – including hoagies, cheesesteaks, scrapple and soft pretzels. The National Pork Board hosted the second Pork Crawl in Philadelphia to showcase that the city’s best pork dishes go beyond Philly’s traditional cuisine.   On September 21, 2010, Chef Jose Garces of Amada hosted eight editors from foodservice publications on the crawl around his hometown. Five stops were scheduled for the crawl but at the last minute Garces squeezed in an impromptu stop at Dim Sum Garden, giving the Philly tour six stops.   Editors were free to ask questions of Garces and all the other Chefs about menuing pork in their restaurants and pork trends. Pork producer Randy Brown and The National Pork Board’s Stephen Gerike, Director of Foodservice Marketing, were on hand to answer questions about animal care and production. 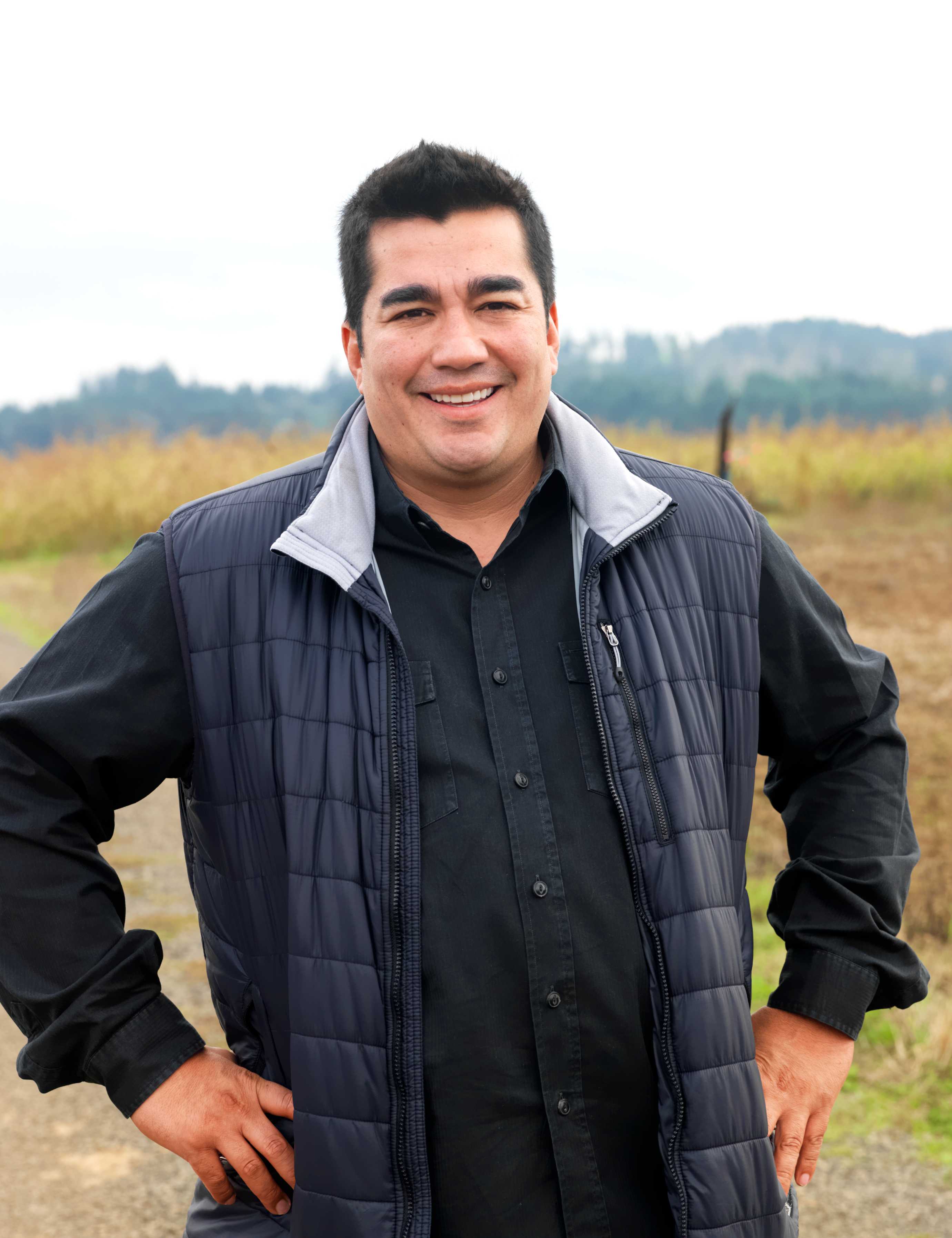 Since opening his first restaurant, Amada, in 2005, Chef Jose Garces has emerged as an enormous talent and one of the nation’s most gifted young chefs. He has: opened five additional restaurants, in both Philadelphia and Chicago; authored cookbook, Latin Evolution (Lake Isle Press, September 2008); won the James Beard Foundation’s prestigious “Best Chef Mid-Atlantic” award 2009; appeared on Food Network’s Iron Chef America; and won Season 2 of The Next Iron Chef, making him one of just six chefs in the country to hold the prestigious title of Iron Chef America. He debuted on Iron Chef America in January 2010, defeating Seattle chef Rachel Yang in Battle Hawiian Moi.   Garces’ Philadelphia restaurants form his eponymous Garces Restaurant Group. He is the owner and executive chef of all seven, and each is counted among the city’s most acclaimed: Amada, an authentic Andalusian tapas bar; Tinto, a wine bar and restaurant inspired by the Basque region of Northern Spain and Southern France; Distrito, a spirited celebration of the vibrant culture and cuisine of Mexico City; Chifa, a Latin-Asian restaurant named after the Peruvian restaurants of the same name; and Village Whiskey, a classic American bar with over 80 whiskies and bar snacks and recently opened Garces Trading Company, a gourmet market-cafe combo that’s revolutionizing the way Philadelphian’s shop and eat. Chef Garces is also the executive chef at Chicago’s much-praised Catalan restaurant Mercat a la Planxa, where he works in collaboration with Sage Restaurant Group.  Both Distrito and Mercat were named to Esquire Magazine’s list of 20 Best New Restaurants 2008.   An American chef born to Ecuadorian parents and raised in Chicago, Chef Garces began his culinary training in the kitchen of his paternal grandmother. In developing his personal cooking style, something he says is an ongoing pursuit, Garces spent years perfecting different cuisines in top rated professional kitchens. After honing his skills in Spain and New York City, the culinary maverick trained under Douglas Rodriguez, the father of Nuevo Latino cuisine, and helmed the kitchens at both Alma de Cuba and El Vez, two wildly successful Latin-influenced Stephen Starr restaurants in Philadelphia.   Today, Chef Garces is known as the “Latin Emeril” for his wide smile and educational approach to food. In addition to his restaurant, television and print successes, Garces has also been featured in The New York Times, Travel & Leisure, Conde Nast Traveler, Bon Appétit, Food & Wine and Wall Street Journal.

Chef Jose Garces lead us to five of his favorite restaurants in Philadelphia.

Standing on Ca’ Marcanda vineyards in Tuscany, the three owners had the dream of opening a traditional Italian countryside restaurant where patrons could choose from homemade pasta, thin crust pizzas or wood grilled meats and fish. They fulfilled their dream by coming back to Philadelphia and opening Osteria Restaurant in 2007. Virtually everything at the restaurant is made on the premises the “proper” Italian way.   Marc Verti, Jeff Benjamin and Jeff Mechaud are the powerhouse trio behind Osteria. Chef Verti was named one of Food & Wine’s Ten Best New Chefs in 1999 and in 2005 Chef Vetri won the James Beard Award for “Best Chef Mid-Atlantic.” General Manager Jeff Benjamin handles service and wine, has been called a “front-house whiz” by the Philadelphia Inquirer.   Executive Chef Jeff Mechaud attended the Culinary Institute of America. Jeff moved to Philadelphia to become the Sous Chef at Ristorante Verti, Marc’s eponymous first restaurant. Discovering his love of Italian cooking he followed his mentor’s path to work in Lombardy for three years, honing his skills in meat fabrication, sausage, and salame making. He returned to Philadelphia to open Osteria Restaurant which was voted Best Restaurant” by Philadelphia Magazine in 2008. Chef Mechaud received the James Beard Award for “Best Chef Mid-Atlantic” in 2010. http://osteriaphilly.com/home/

“Ciareghi” House Made Cotechino Sausage with Polenta & Sunny-side Up Egg

Tired of having to add  “gusto” to other sandwich shop offerings, Chef Peter McAndrews — chef and owner of the Italian BYO Modo Mio — decided to open a sandwich shop of his own. With the help of partner Nathan Baynes, he opened Paesano’s Philly Style and the concept, “Philly-style sandwiches with Italian inspiration,” took off.  In 2009 Philadelphia Magazine named Paesano’s Best Sandwich Shop. In 2010 they followed up as the Best Sandwicherie.   Chef McAndrews has worked in kitchens all over Philadelphia most notably as Executive Chef at Rembrandt’s. Of Irish decent and French training he fell in love with an Italian-American women and then Italian cuisine on their honeymoon in Italy. He immediately quit his job in the States and entered the Masters Program at The Italian Culinary Institute for Foreigners in Torino, Italy. He returned to Philadelphia to open Modo Mio in 2007, Paesano’s Girard Ave in 2008 and Pasesano’s at the Philadelphia’s 9th Street Italian Market in 2010. Chef McAndrew’s recipes have been featured in several publications including Esquire. http://www.paesanosphillystyle.com/ 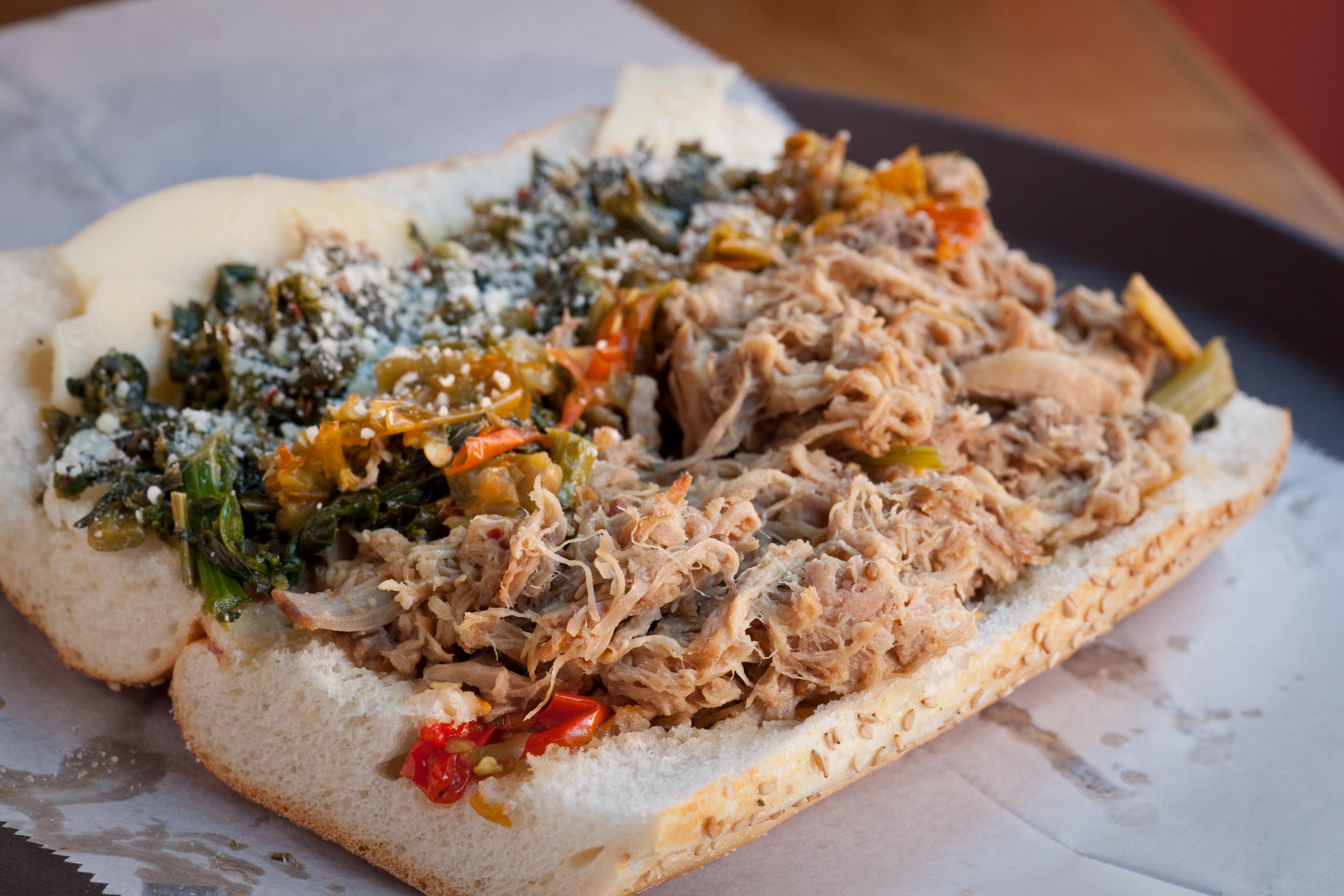 Serving a straightforward selection of slowly smoked meats and homey side dishes alongside craft beers and tasty cocktails, Percy Street BBQ is the brainchild of owners Steven Cook (Xochitl), Michael Solomonov (Zahav) and Executive Chef Erin O’Shea. O’Shea’s passion for Southern food, barbecue, and all things smoked has Percy Street BBQ on its way to becoming Philadelphia’s top spot for barbecue.   Chef O’Shea was born in Maryland and trained in Richmond, Virginia, with legendary Southern Chef and Restaurateur Jimmy Sneed at The Frog & The Red Neck. Chef Sneed served as Erin’s mentor for three years and instilled in her a love of Southern cuisine. She then worked under Chef Solmonov as Sous Chef at Philadelphia’s Marigold Kitchen for two years before becoming Executive Chef at Marigold in 2008. In 2009 she left and partnered with Solmonov and Cook to open Percy Street BBQ. Chef O’Shea has been featured in many publications including Bon Appétit’s July 2010 Summer Grilling Issue. http://www.percystreet.com/

Husband and wife duo Gene and Amy Giuffi scrubbed up and remodeled a tiny storefront before launching Cochon in 2007. With a menu of hearty French classics highlighting all cuts of pork as well as non-porcine preparations, the Giuffi’s Cochon has become a favorite of Philadelphians.   A graduate of Philadelphia’s The Restaurant School, Gene has worked at some of Philadelphia’s most renowned restaurants, including: Pasion, Nan, Davio’s and La Boheme. A staunch believer in sustainable agriculture, his philosophy espouses rustic reparation and bold, yet simple flavors, made with local ingredients. Cochon has received local and national accolades including, Philadelphia Magazine’s Best New BYOB in 2008. http://www.cochonbyob.com/

Amada is where it all began for Chef and Restaurateur Jose Garces. Amada was Garces’ first restaurant. Opened it in 2005, it attracted immediate crowds, national buzz and universal praise. You won’t find a more authentic taste of Spanish tapas in Philadelphia and Amada was voted Philadelphia Magazine’s Best Tapas in Philadelphia in 2008.   Garces leaves his flagship restaurant in the more than capable hands of Amada Chef de Cuisine MacGregor Mann.  Chef Mann is also serving as Jose’s Sous Chef on Iron Chef America. http://philadelphia.amadarestaurant.com/