Chicago, the largest city in the midwest, is also home to a diverse culinary scene.

The National Pork Board traveled to Chicago, IL for the first annual Pork Crawl on September 2, 2015.

Chicago began as a city known for simple meat and potato dishes and as it grew became known for deep-dish pizzas and Chicago-style hot dogs. Today the Chicago food scene is much more than pizza and dogs – it’s home to many restaurants that are driving food trends across the nation. While being a major food city, Chicago remains true to its Midwestern roots by offering innovative cuisine in an approachable way.

Editors were free to ask questions of Kahan and all the other Chefs about menuing pork in their restaurants and pork trends. Pork producer Craig Christensen and The National Pork Board’s Stephen Gerike, Director of Foodservice Marketing, were on hand to answer questions about animal care and production. 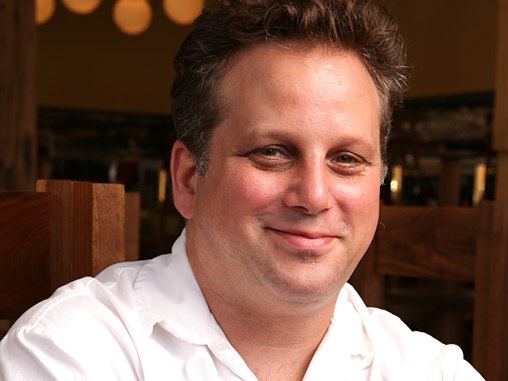 Executive chef and restaurant partner Paul Kahan has become the nationally recognizable face for a new guard of Chicago chefs. With an ever-growing list of international accolades for Blackbird and Avec, The Publican and now Big Star, Kahan has been honored by selection as a James Beard nominee for Outstanding Chef in 2007 and winner of James Beard Best Chef of the Midwest in 2004.

Passionately seasonal, unconventionally creative and dedicated to the inspiration of classical cuisine, Paul has earned the praise of many who claim him to be one of America’s most influential working chefs.

After a brief, post-college stint as a computer scientist, Kahan took a job in the kitchen of Erwin Drechsler’s Metropolis, where Kahan quickly realized his own true calling. Throughout his 15-year apprenticeship and advancement in Drechsler’s kitchens at Metropolis and Erwin, Kahan developed his own relationships with Midwestern farmers and integrated many of their offerings into dishes that he created for those restaurants, and later for award-winning chef Rick Bayless at Topolobampo.

In 1999, shortly after Blackbird opened, Food & Wine placed Kahan on their Best New Chefs list, recognizing his highly individual approach to cooking and the talent that Chicago diners have celebrated for years. Years of accolades and awards followed until, in 2007, Kahan was honored with a nomination for James Beard Outstanding Chef, an amazing achievement for a chef from a small restaurant without a cookbook or TV show to promote his name nationally. Kahan earned his nomination by working five days a week in the kitchen with “his guys,” commuting year-round on his bicycle.

Chef Paul Kahan lead crawlers to five of his favorite restaurants in Chicago.

Chef Bill Kim, a South Korea native and Kendall College graduate, has honed his craft at a laundry list of noted restaurants including Trio in Evanston, Susanna Foo in Philadelphia, Bouley Bakery in New York, and Charlie Trotter’s, where he was named chef de cuisine, and Le Lan, where he was executive chef. Ultimately he followed his heart and opened popular noodle and dumpling restaurant, UrbanBelly, and followed that up with soup-, salad-, sandwich-focused Belly Shack.

For LA-inspired Belly Shack, Chef Kim pays homage to the flavors of his Korean heritage as well as his wife, Yvonne Cadiz-Kim’s Puerto Rican roots. What you get is a convergence of Asian and Latin flavors that define the concept of fusion cuisine. http://www.bellyshack.com/

A graduate of Johnson and Wales, Chef Chris Pandel worked at Daniel Boulud’s Café Boulud in New York City, interned at Tru under Rick Tramonto, and the list goes on. Now at The Bristol, he’s taken everything he’s learned and created “A neighborhood place where people feel comfortable coming more than once a week.” 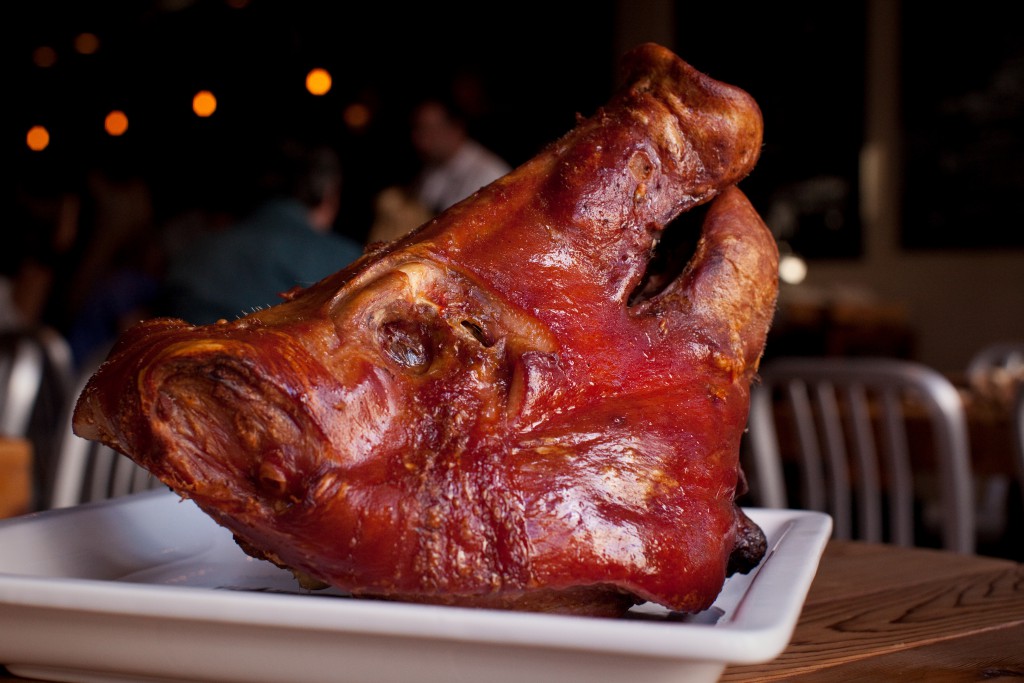 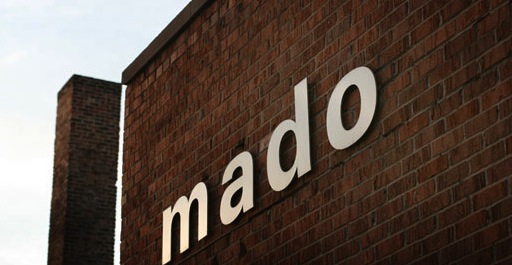 The chefs and owners of Mado, Allison and Rob Levitt, met at the Culinary Institute of America and have worked at some of Chicago’s most well-known restaurants.

The Levitts’ restaurant mantra, “Midwestern Farmers, Mediterranean Flavors,” means they are committed to locally grown or raised products, with an emphasis on simplicity. They strip away the complicated tricks, sauces and flavorings used at many restaurants, to allow fresh, local farmers’ ingredients be themselves. They also have a “everything but the squeal” philosophy and are known for their excellent charcuterie work and their skill with turning lesser known meat cuts and organ meats into memorable dishes.

Allison and Rob’s impressive work at Mado has been quickly recognized by the press. They were named one of the ten best new restaurants in America by Bon Appetit magazine in 2009 and have been covered by many other publications including the New York Times.

Mado closed in December 2010, the Levitt’s now own The Butcher & Larder. 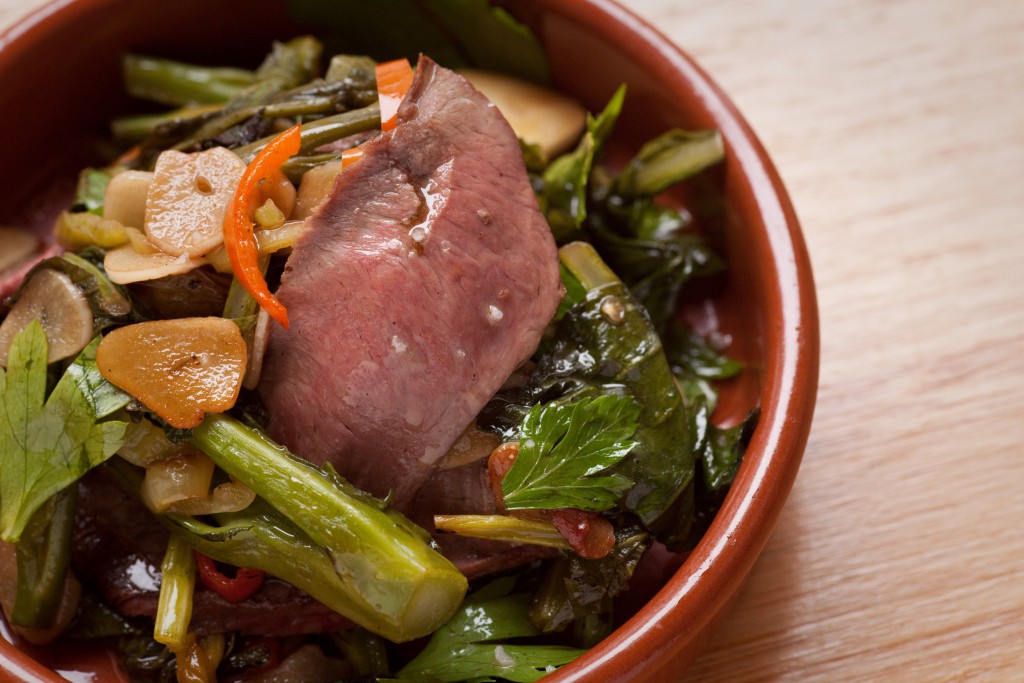 A group of Chicago’s powerhouse entrepreneurs: Donnie Madia, Terry Alexander, Peter Garfield, Paul Kahan, and Edward Seitan, who have had their hands in such second-city notables as Blackbird, Avec, The Publican, Francesca’s Restaurants, Danny’s Tavern and Violet Hour, have created Big Star, a honkey-tonk taquiera in hipster neighborhood, Wicker Park.

Executive Chef Paul Kahan and Chef de Cuisine Justin Large have created a menu of simply made and seriously craveable tacos, tostadas and more. The drink selections are about whiskeys, bourbons, tequilas and cheap beers. This is a cool place, where hip people flock to chill, drink and nosh.

Chef de Cuisine, Justin Large, has worked with Paul Kahan’s restaurant group for eight years in various capacities, most recently as the sous chef at Avec. Big Star’s food is considered so Rock n’ Roll that the restaurant was handpicked to be part of 2010’s Lollapalooza food line-up. http://bigstarchicago.com/

From the team that created Blackbird and Avec restaurants, The Publican is a beer-, oyster-, and pork-focused restaurant. Executive Chef Paul Kahan and Chef de Cuisine Brian Huston crafted an eclectic menu inspired by simple farmhouse fare in a space evocative of a European beer hall. The menu is best described as “pristine product, simply prepared,” an approach to food Kahan has long espoused in all of his kitchens. Chef de Cuisine Brian Huston’s unassuming style is perfectly suited to The Publican, a restaurant that boasts the simplest cuisine possible, each dish stripped of adornment and containing only essential ingredients.

Chef Huston comes to The Publican from Boulder, Colorado, where he worked as Chef at The Kitchen. Prior to that, he worked under Executive Chef Paul Kahan at Blackbird from 1998 to 2000. Huston’s resume also includes Zuni Cafe in San Francisco, and both Spiaggia and Heaven on Seven in Chicago. http://thepublicanrestaurant.com/ 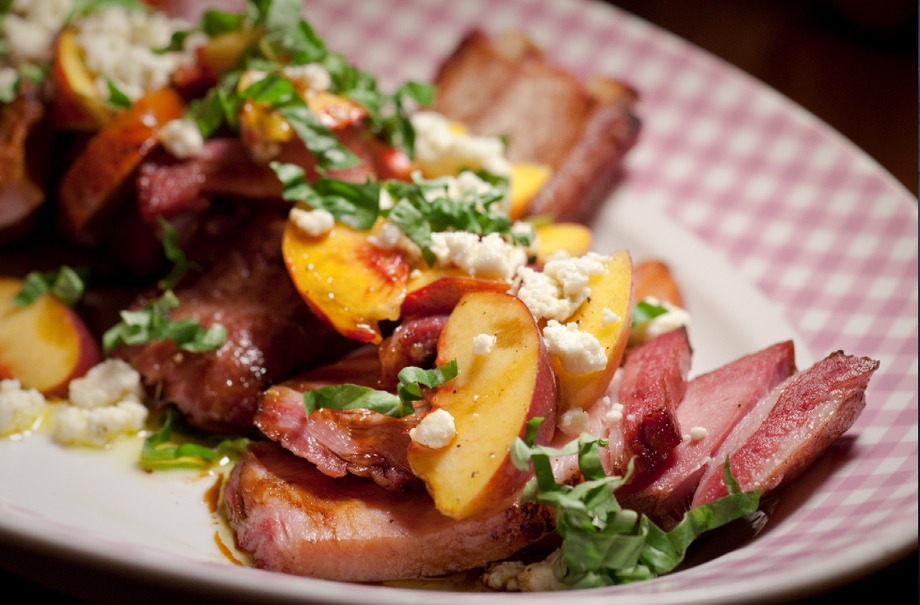