Give the Classics a Contemporary Edge

Dining out in the post-World War II era was an occasion. Sure, you could go to a diner for breakfast or a Burger Chef for lunch, but when it came to going out for dinner, it was a big deal. You, in your finest attire, were greeted by a maître d’ who guided you to the lounge for a pre-prandial cocktail. Then for dinner there were linens on the tables, sophistication in the air and best of all, tuxedoed waiters who could filet a Dover Sole, carve a chateaubriand, and make a Caesar salad or Crepes Suzette tableside.

A night out to dinner featured European-inspired continental menus, classically prepared by chefs that were often from Europe themselves. The meal might start with clams casino, followed by a salad of hearts of palm. With the entrée you would choose from dishes with names like Tournedos Rossini, Veal Oscar, Flounder Francese, Sole Meniere, Steak Piperade, Duck a l’Orange and Schnitzel a la Holstein. Each dish would come served with broccoli spears in garlic butter and pommes Anna. For the most part, these were not foods you ate at home. Dining out was different and exotic – it was an event!

Time has passed and eating away from home isn’t the all out affair that it once was. But as a new generation of chef-driven restaurants emerge, we are seeing them revisit classic continental cuisine and bring back “retro” dishes, using fresh ingredients and thoughtful techniques to put a modern spin on the standards. For example, Veal Oscar used to be a scaloppini of veal leg, dredged in flour, sautéed in clarified butter, topped with white wine and whipped garlic-parsley butter with frozen asparagus tips, canned crabmeat and hollandaise. Now, we see Pork Oscar – a pounded ribeye chop, seasoned and sautéed until medium rare, topped with grilled, spring asparagus spears, a tempura fried soft shell crab, and a Meyer lemon sauce béarnaise. This seasonal, high quality dish offers a balance of textures and flavors, yet still delivers the flavor King Oscar loved.

This isn’t about reinvention. Chefs are remaining true to the original, without compromising their modern sensibility of smart preparations and quality, seasonal ingredients. So let’s revisit the continent. Here are some examples of how chefs are using pork to update some of the country’s favorite classic dishes: 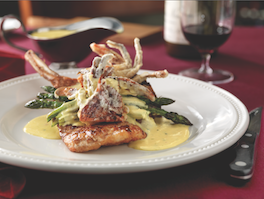 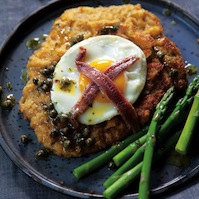 Schnitzel à la Holstein is based on a classic wiener schnitzel and according to Food Genius is one of the fastest growing trends in classic preparations at 32.74%. The à la Holstein is a style from the late 19th century, developed by Berlin restaurant Borschardt, to please the palate of one Friedrich von Holstein. The crisp-fried schnitzel is topped with a luscious egg and salty anchovies and capers. 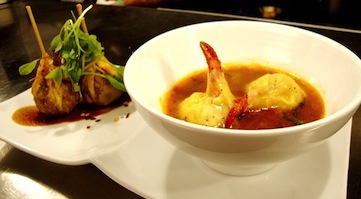 Surf and Turf is also one of the faster growing trends in classic preparations at 25.98%. The entrée is a combination of meat and seafood – the “surf” is traditionally lobster, prawns, or shrimp, and the “turf” is usually a steak or chop. 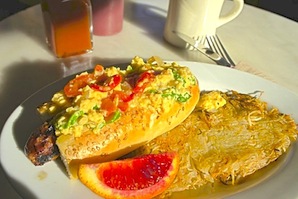 Piperade is a typical Basque dish prepared with onion, green peppers, and tomatoes sautéed and flavored with red Espelette pepper. 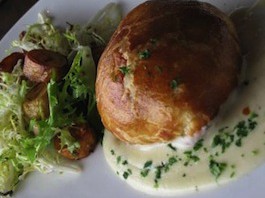 Wellington is being reinvented at restaurants – the classic dish is traditionally made with steak filet, pâté (often made from foie gras) and mushroom duxelle, wrapped in puff pastry and baked. 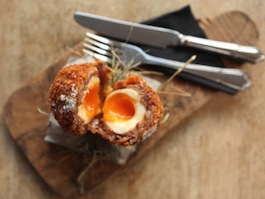 Scotch Eggs have been missing from the menu over the past couple of decades, but restaurants are reinstating this classic English pub dish and featuring it on appetizer menus across the country. The dish is made with a hard-boiled egg wrapped in sausage meat, coated in breadcrumbs and baked or deep-fried.

These are just a few examples of continental classics making a come back. Just head out your front door to a local place and it’s likely that you’ll see one of these timeless dishes with a current day twist. This modern renaissance is introducing a whole new generation of diners to delicious, seasonal renditions of continental dishes. And what better way to take a fresh look at menu traditions than with pork? It’s flavorful, versatile and the fastest growing protein in foodservice. So give the classics a contemporary edge and hearken back to the full experience of a meal that was truly an event – no white tablecloth required.