A Conversation with Pedro Álvarez 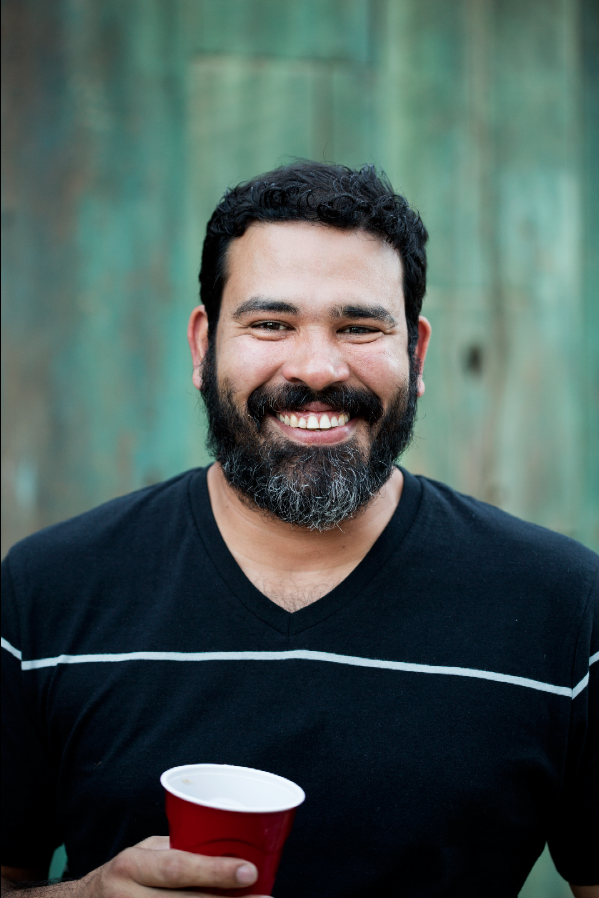 Pedro Álvarez never studied to become a chef – he learned hands-on in restaurant apprenticeships. He moved to Italy in 2003 and his three-year tour of Italian kitchens spanned everything from fish and pasta to the art of salumi. He eventually moved back to his native Puerto Rico as sous chef at Restaurant Jose Enrique.

During Álvarez’ five-year tenure at Jose Enrique, he saw a need for a commercial artisanal sausage maker – and in 2011, he founded AlCor Foods, Inc. with his three brothers. Álvarez now spends his days crafting flavorful fresh sausages for many top restaurants around the Island – including for his old friends at Jose Enrique.

We caught up with Pedro to talk about opening a commercial sausage factory, Puerto Rican cuisine and his favorite places to eat pork.

1. Can you tell us about your background and how you became a chef?

I started my career at a neighborhood bakery, where I learned how to make bread and sweets. From there I had apprenticeships in San Juan hotels and eventually left Puerto Rico for Canouan, a south Caribbean island, where I gained my first experience as a leader in a kitchen.

In 2003 I moved to Italy to learn the art of Italian cuisine and master the techniques. I started in Sardinia, where I worked in a coastal town for about three months – I learned a lot about seafood!

After that I moved to Verona in northern Italy to work under Fabio Momolo (Master Chef, Master Pâtissier, Ice Sculptor), where I stayed for about two and a half years before moving to La Cedrare under Chef Sagramoso. Here, I started to train in the art of making salumi under an expert.

I returned to Puerto Rico in 2007 to open my own restaurant, but the economy wasn’t right and I needed to reacquaint myself with Puerto Rican ingredients. I met Jose Enrique through mutual friends, and I loved his style of cooking and the ambiance in his restaurant. There was a sous chef opening, and I got the job. I spent five years working at Jose’s restaurants. 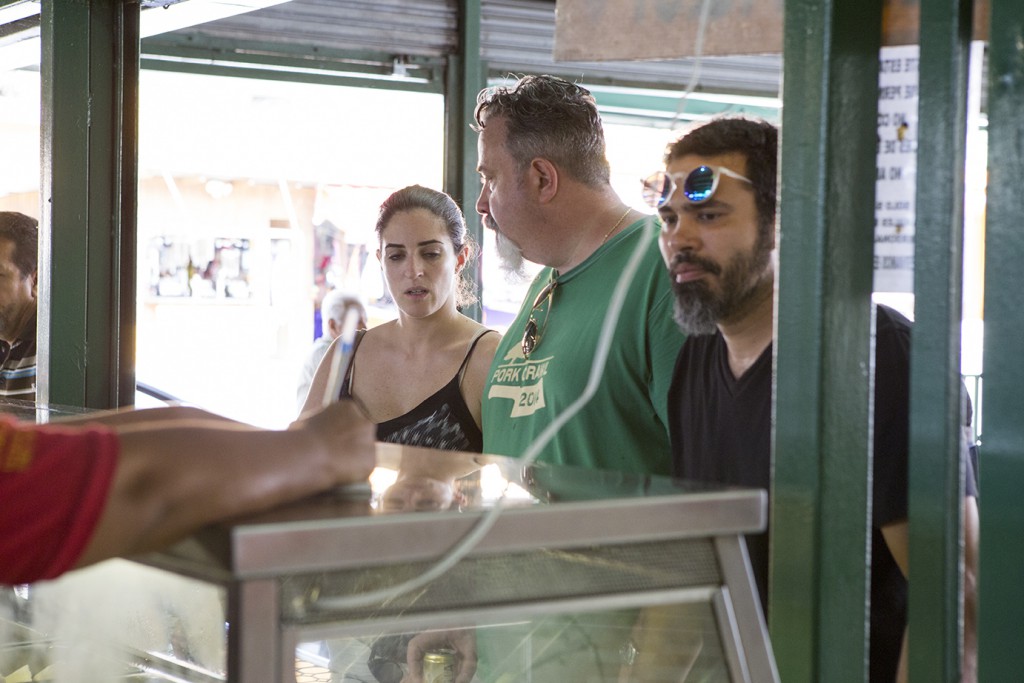 2. Do you have a favorite food memory?

My passion for cooking comes from my mom, so my house has the best food memories! Even though I’ve had amazing food all over the globe, my mother’s pig’s feet stew with chickpeas over white rice is the best!

3. You have traveled across the globe, how have your travels affected the way you approach cooking in terms of ingredients and flavor profiles?

It’s interesting – Puerto Rican food is very complex and has a lot of ingredients. In Italy, most of the dishes are pretty simple – three ingredients can make a very flavorful dish. Knowing this, I approach my cooking style by how complex I want the dish to be. Do I want to layer the flavors or keep it simple? Once I make this decision I use my Puerto Rican or Italian skills respectively.

If I had to say just one thing, it would be to always use the fresh produce that grows around you. Those products will make the best dishes. 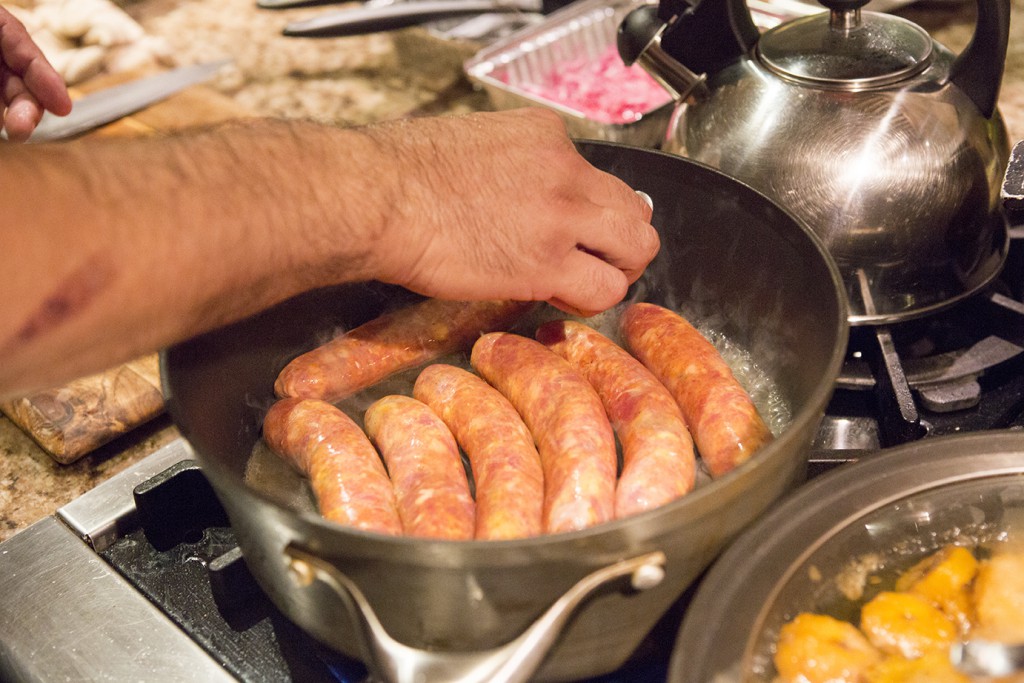 4. What inspired you to leave the day-to-day restaurant industry to focus solely on sausage making?

When I was working at Jose Enrique I saw the restaurant industry overall having success, but there was a piece of the puzzle missing – there was no artisan producer focusing on sausage-making on a commercial level. Since nobody was doing it, and I saw the gap, I started having the conversations with restaurants, and looked into the USDA certification process. One of my chefs in Italy said to me, “learn the art and put it in your pocket and keep learning other things. Later on in your life you will need that information and you can just pull it out of your pocket!” – I did just that.

5. Can you tell us about AlCor Foods, Inc. and your customers?

Once I realized the need for a sausage-maker, I talked with my brothers – Jose, Heraldo, and Eduardo – and they agreed to use a family property to make sausages. All four of us had to work together to make the sausage factory – it took about two years to build out and practice everything to be up to code with USDA inspection. We did all this in our free time as we worked day jobs!

I’m the only full-time employee. My brothers have day jobs – a Segway tour company, a photographer, and a chef.

The name comes from a combination of our family, Álvarez and Cortez. We specialize in Longaniza, the traditional Puerto Rican sausage made of pork. The red color is from the addition of boiled annatto seeds. We also make a Spanish chorizo and Italian sausage. 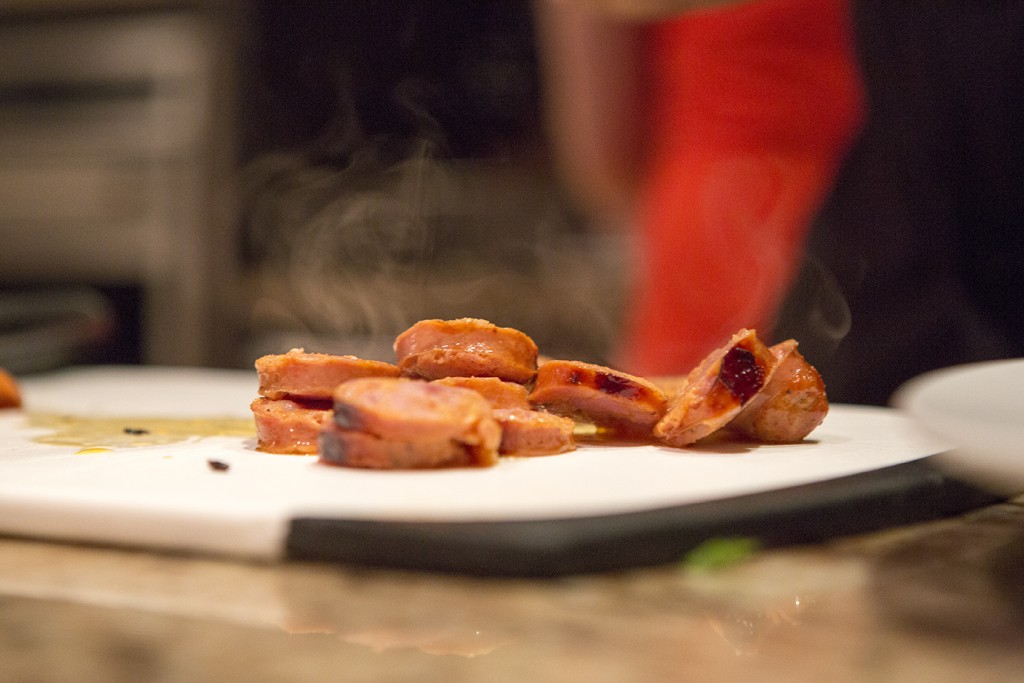 6. What is your favorite sausage to make? How do you recommend serving it?

My favorite sausage to make is definitely the Longaniza. I love all the flavors – oregano, black pepper, annatto oil, garlic. I personally like to add Medalla Light beer in the mix, because it gives the sausage great flavor and goes well with the other ingredients. I think it makes it more elegant.

The best way to serve it is simply, because it is already so flavorful. Typically I grill it, slice it and serve it with tostones and a squeeze of lime.

7. It seems artisan sausages are appearing more on menus today – even having their own dedicated section at times. What are your thoughts about the emerging trend?

Back in the day, the butcher was a very important person in the community. The influx of supermarkets made it hard to find unique sausages. Now, little by little the tradition is coming back. The customer can see the difference and they are liking what they’re tasting. They want more of it!

8. What’s so unique about the Puerto Rican Cuisine?

It’s a melting pot of Spanish, Taino and African cultures. The food is a product of the three cultures – an ingredient from one, cooked in the style of another. Take Mofongo. It is typically made with fried green plantains mashed together, and can be filled with pork or vegetables. The Spanish brought the plantains to the Island from the Caribbean, and the African technique of frying was applied. 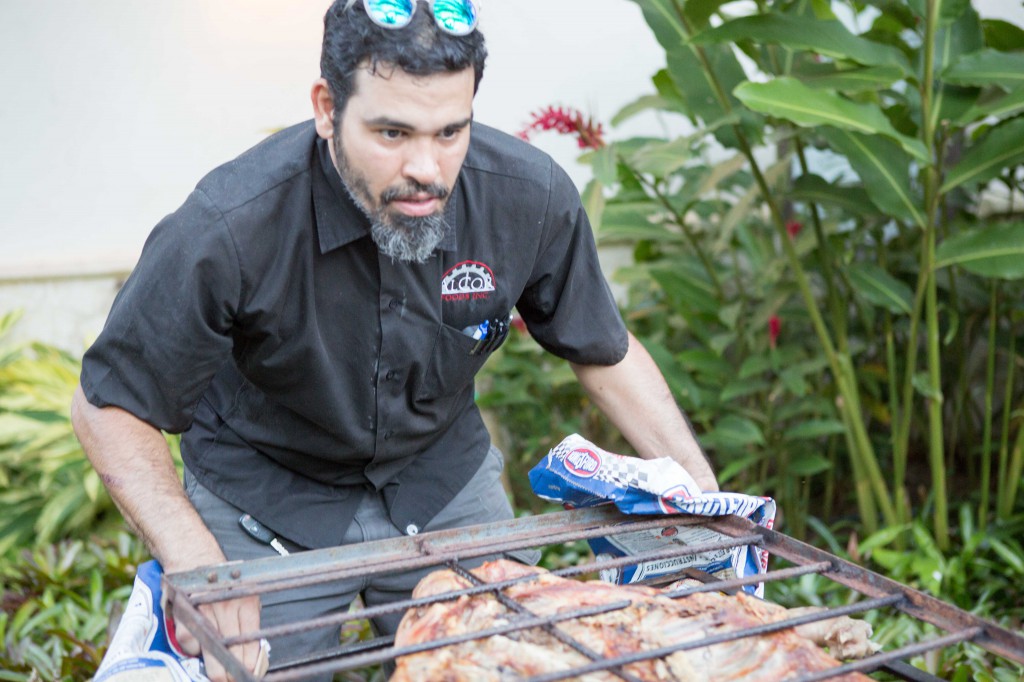 9. Can you tell us a little about pork’s popularity in Puerto Rico and its impact on the local cuisine?

Everybody loves pork here on the Island, and not just for special occasions. In a Puerto Rican home you will eat it at least twice a week – mostly pernil, which is the back of the leg marinated and roasted. Especially during holidays, it’s a very big deal to get lechon asado (whole-roasted pig). Some families head to the pit-master on Sundays to pick one up, some families roast their own.

In Puerto Rico, we really eat nose to tail. A lot of the traditional dishes use cuts that are uncommon in America, like whole pig’s feet and cuajito (stomach).

10. Besides sausages, what are your favorite things to eat with pork?

I really like the roasted pernil, and I also enjoy the stomach. There’s also this dish called Gandinga. It’s a stew made from the pig’s liver, heart, and kidneys. It’s excellent served with pique and tostones!

11. What are your favorite pork dishes in Puerto and where can we find them?

In Bayamon, where my factory is, there is a guy with a food truck. He makes incredible ribs and pernil. I wish I could have taken the editors there during the Pork Crawl. I probably eat there twice a week. Also, Apa’s is legendary and one of my favorites. The crispy skin of the pork and the arroz con gandules is the best!