A Conversation with Jose Enrique 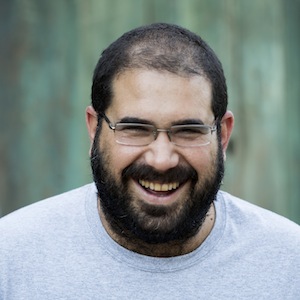 The first Puerto Rican chef to be named a Food & Wine Best New Chef, Jose Enrique Montes takes traditional Caribbean flavors to new heights at his namesake restaurant in San Juan. Born in Santurce, Puerto Rico, Montes grew up around amazing cooks and he credits them with inspiring him to go into cooking.

After graduating from the Culinary Institute of America in New York, Montes cooked in kitchens around the world, including in France and Belgium, before returning to his hometown to open his first restaurant in 2007. The chalkboard menu at Jose Enrique changes daily to reflect the best natural and organic products from around Puerto Rico. Montes is also behind Capital, the popular Creole-inspired brasserie, and the coffeehouse Miel. Next up, he’s opening a 100-seat restaurant at the El Blok inn in Vieques, on a small island off the coast of the Puerto Rican mainland.

We caught up with Jose Enrique to chat about how he became a chef, his ever-changing menus and of course, his favorite pork dishes.

NPB: How did you become a chef?

Chef: Well, I originally thought I was going to be a lawyer – but a couple months in I was like, “No way!” I realized cooking was always something my family did; it created happy times, so I guess that’s why I ended up in the kitchen.

I staged for about a year in Puerto Rico (basically I washed a lot of dishes) and then I took a Culinary Institute of America (CIA) class on the Island. I realized I could go to school for that, so I moved to New York and went to the CIA Hyde Park campus.

NPB: What is your culinary philosophy? 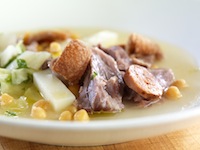 Chef: Hands down, cook with the best products around and try not to mess them up! Be simple in plating and let the ingredients speak for themselves.

NPB: Do you have a favorite food memory?

Chef: Growing up, my grandmother would cook for the entire family (it’s a big one – 25 people!) I remember she would be in the kitchen cooking comfort meals. It was so funny seeing my uncle sneak around her to steal food from the pots when she wasn’t looking! It’s all about food and laughter.

NPB: What was it like to return to San Juan after working in kitchens in New York, Florida, and Louisiana? Did you have to adjust your cooking style?

Chef: Yes, absolutely, but for a reason you might not expect. When I imagined the menu at Jose Enrique, it had a lot of different items – it was huge. But when we got the old house I had to take a step back and evaluate the menu. I didn’t really want to impose on the architecture, so I decided to keep the menu simple and cook with what’s available. I think it’s important to cook with the ambiance and the mood. My cooking always changes with my mood! Like if I’m really hung-over, I just want something fatty like soup with pork belly! 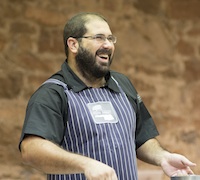 NPB: Can you tell us a little about your restaurants Jose Enrique, Capital, and Miel?

Chef: Jose Enrique focuses on Caribbean urban food. The salsa music plays loudly – it’s like a party. The flavors are very natural to the island and the menu is built around a revolving chalkboard depending on ingredient availability.

Capital is a brasserie; it’s only open for lunch. We play the Rolling Stones and Talking Heads a lot.

Miel is a coffee shop where we serve amazing Puerto Rican coffee and locally made yogurt and honey.

We are also opening El Blok in Vieques, Puerto Rico. It’s Caribbean but definitely more tropical. It’s across the beach from a lot of seafood and most of the entrées will be grilled.

NPB: What was it like to be named Puerto Rico’s first James Beard nomination and Food & Wine Best New Chef representative?

Chef: Being nominated for a James Beard award and named a Food & Wine Best New Chef was just unreal. I feel like it’s a big whirlwind. It really makes me think about all the Puerto Rican chefs that paved the way for me through the ‘70-‘90s. They made a huge push to cook Puerto Rican food and be proud of it! 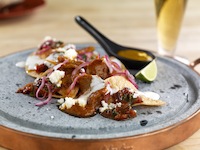 NPB: Tell us how you create a menu that’s based on your daily deliveries? What’s your strategy to build the evolving menu?

Chef: At Jose Enrique the menus are on the chalkboards. The items rotate constantly! First I see whatever protein comes in and then I walk across the street to the market. I bring back whatever looks good that day – mangos, guavas, fresh sugar cane. I cook it until we run out.

Sometimes a fisherman will bring me a beautiful piece of fish, so I’ll do the same thing – get some produce and then put it on the chalkboard. You might look up from your table and the menu has already changed.

For pork I’ll cure suckling pig for two days, rinse it and confit it for four to six hours in pork fat. So I have this beautiful pork and I’ll do all sorts of things with it – take a section of the belly, fry it skin-side down, and serve it with tostones, avocado, rice and beans. Or I’ll take the legs and each one of those will be an order. Sometimes I’ll pick the meat from the ribs and serve pork rolls. It’s really whatever I’m feeling that day.

It can be hectic at times, but clients really experience the best, freshest food. If it gets in the door it’s on the menu!

NPB: How do you keep your staff so fluid and flexible?

Chef: I honestly have no idea; they are just awesome and go with it!

NPB: Latin and Caribbean flavors have been emerging on menus in the U.S., we are especially seeing this trend with sandwiches. Why do you think Americans are craving Latin sandwiches?

Chef: I think it’s because the flavors are brighter and bolder. There is a lot of acidity on the Island; it can help that lighter and fresher taste. Also people can explore different cultures through food, anything new provides excitement.

For instance I just had a new type of cherry from Jamaica and it had this crazy different flavor. It was like caramel and cotton candy. I love to discover more through food. 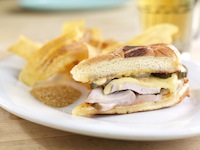 NPB: When it comes to sandwiches, what is your favorite Puerto Rican sandwich with pork?

Chef: The most well known is the Cuban or Medianoche, but I really enjoy the Mallorca Puerto Rico. Basically it’s a yellow bun with powdered sugar, cut in half with bacon or ham, egg and cheese. Then it’s pressed and griddled, so the sugar gets burnt. It’s kind of a weird mix, but awesome!

NPB: If you had to take a traditional sandwich and put a Latin twist on it, what would you make?

NPB: What are your favorite pork dishes in Puerto Rico?

Chef: In the Guavate area (home of the lechon) you can find whole-roasted pig (the belly section behind the hind leg is the best), pork boiled with mojito sauce or hot sauce, or the pork is stewed in creole sauce.

Morcilla (blood sausage) served from a hot dog cart with boiling water in Villa Palmeras, PR. A sweet local tuber is also heated in the water. So after 1:00 PM the water gets really seasoned, nice and fatty – a lovely  little dish on the side of the road!