A Conversation with Jim Compart 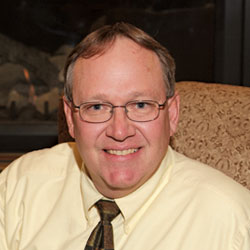 What began as a 4-H project has grown into one of the largest family-run hog breeders in the Midwest. Compart has spent the last 60 years developing and carefully managing their Compart Duroc line of hogs, a breed they call “The Black Angus of Pork” for its flavor, tenderness and quality. We spoke with Jim about his business, his hogs and how he cooks a chop.

NPB: Tell us about your business.

NPB: How did your company go from raising pigs to supplying some of the best restaurants in the country?

JC: We have the right tools to evaluate the pigs and we breed them for top quality pork. For instance, we use ultrasound technology to check for good marbling in our sire lines. We also realized that the combination of quality marbling, the Duroc’s natural pH level, and the right fat content meant we could age the pork, similar to dry-aged steaks. The quality and uniqueness of aged pork really caught on at fine dining restaurants – chefs were able to recognize and taste the value of the chops. In addition to producing great pork, we wanted chefs to better understand chops in general. It’s important to know how to cook the different cuts but also how to feature them on menus, so we started using names that chefs and customers were familiar with, like ribeye and porterhouse. It’s been a great success and the numbers show that – we’ve increased production from 75 pigs a week to over a 1000 pigs a week. 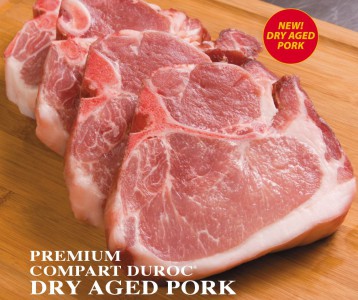 NPB: Tell us about your dry-aged pork program.

JC: We started to experiment with the process after I took a trip to the East Coast and saw dry-aged beef everywhere. Not all pork can be dry aged – it’s all about the pH, fat and marbling. But it ended up working with our product. The aging takes pork’s tenderness and flavor to a completely different level   NPB: What does dry-aged pork offer your customers?

JC: It gives chefs something exciting to share with guests. The aged chops are an equal on any prime house menu and they give patrons more options.

NPB: You were ahead of the curve in using familiar chop names ­– what do you think about recent updates to the Meat Buyer’s Guide?

JC: I think it’s great! It’s something Stephen Gerike from the National Pork Board and I started talking about a while back. It’s an opportunity for chefs to add more value to pork and make it “sexy” for guests. It lets chefs upsell, which is great for the operation. And it level sets everyone by speaking the same language. 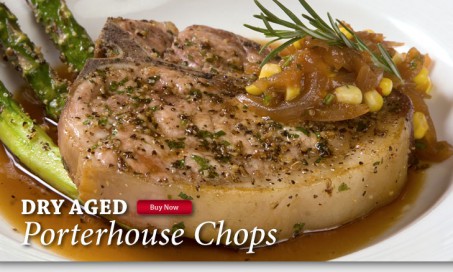 NPB: As a supplier, how has the new nomenclature changed the way you talk to your buyers about pork?

JC: It’s really about informing them so they can inform their customers. Letting them know there’s value to pork chops and that they’ll taste differently from one end of the loin to the other. I want to make sure chops are cooked appropriately too, so I coach them to cook pork like steak – medium rare, medium, medium well, etc. I also try to educate them on pork color. We’ve coined the phrase, “redder is better.” The research on the pork quality standards chart shows redder pork will be more tender ­– it’s not “the other white meat” anymore. Also, it’s important to make sure buyers know the difference in cuts so they’ll use the new names appropriately, upholding the new value. 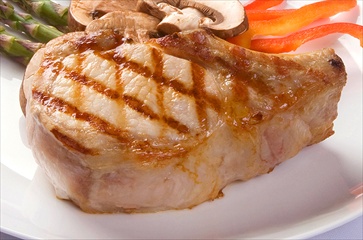 NPB: What’s your favorite chop? How do you like it cooked?

JC: That’s easy, my favorite is a pork ribeye cooked on a grill with a little salt and pepper. I make sure to get a nice, hard sear and let it rest until medium rare.