Boneless Loin is the Next Big Thing 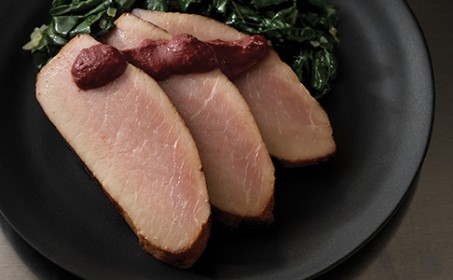 Now’s the time to explore what the boneless loin can do across the menu. This quick-cooking, versatile cut is perfect for everything from savory Japanese curry and herb-crusted roasts to tender, juicy chops. And new chop names align with well-known steakhouse cuts, so chefs can menu boneless loin chops as a premium, center-of-plate protein for even more value. Learn more about new chop nomenclature: http://www.porkfoodservice.org/wp-content/uploads/2017/01/National-Pork-Board-Nomenclature-Card.pdf

The boneless loin sub-primal is the back strap from the middle of a market hog, consisting of the blade chop portion from the shoulder separation to the sirloin chops at the fresh leg separation. It can be cut into four major sections that work for a variety of menu applications: blade, ribeye, center cut and sirloin. Click here to watch a boneless loin fabrication video:

The shoulder or blade section portions into boneless country style ribs or boneless blade chops. The blade meat contains a variety of muscles for flavor and texture. Cut thick or thin, it’s best cooked over direct heat until medium rare or medium. Blade meat is also great for stewing and braising. Like most lean meats, the sweet spot is either medium rare, 145° F, or low and slow to about 190° – 204° F internal, when it’s super tender and can be cut with a fork.

The rib or ribeye section follows the blade meat as you cut from front to back. The ribeye roast can be slow-cooked at around 225° F oven temperature until it reaches medium rare. Then, carve or shave like prime rib. The rib section also makes great boneless ribeye chops. Thick or thin, these chops have flavor and texture. Cook quickly over direct heat to medium rare, then rest until they reach medium.

The center-cut section is the main muscle group from the short loin. The bone-in loin section would be used for T-Bones and Porterhouse chops. The boneless version is the longissimus side only, opposite the backbone from the tenderloin. The roast is called a New York roast and the chops are called center cut or New York chops, similar to a New York strip steak. No loss to trim on these chops. They’re great for grilling, pan-frying or breading for Milanesa or schnitzel.

The last section of the boneless loin at the leg separation is the sirloin. Sometimes called a “pig steak,” it’s super lean and flavorful, great for quick-cooking – don’t go beyond medium rare. Treat it like you would a grass-fed steak and it’ll turn out tender, juicy and most importantly, delicious.

Buy whole boneless pork loins and see how many ways you can create premium, exciting new dishes. This cut is incredibly affordable, provides almost 100% yield and can be a real moneymaker. Cut it into blade, ribeye, center cut and sirloin chops to add variety to the menu. Your dishwasher can portion them for you in a bind! Brine, marinate or ferment them to add incredible flavor. You can’t lose. 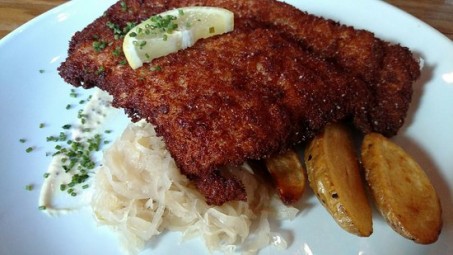 Located in Richmond, VA, Metzger’s serves rustic German-influenced dishes. Chef/Owner Brittanny Anderson is known as the Schnitzel Queen and was recently nominated as a semi-finalist for the James Beard Best Chef Mid-Atlantic. The menu changes with the seasons, but the Pork Schnitzel can never be removed. Chef Anderson incorporates beer into many of her dishes and the schnitzel is no exception – it’s served with a side of beer-braised sauerkraut and fingerling potatoes. 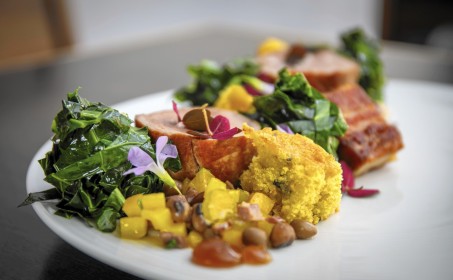 Opened at the end of 2016 in Chicago, Entente is helmed by Chef Brian Fisher, formerly Chef de Cuisine of Michelin-starred Schwa, along with Pastry Chef Mari Katsumura, formerly of Grace. The menu is upscale American food and it changes seasonally. The Berkshire Pork Loin dish weaves country staples like cornbread, crowder peas, collards and ham hock into elegant companions for the marbled medallions of pork loin. 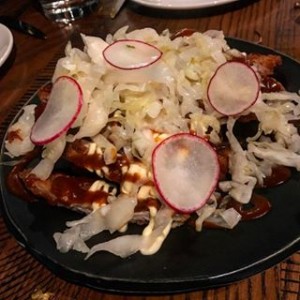 The menu at new Houston spot Riel is inspired by Chef Ryan LaChaine’s Ukrainian roots, French-Canadian upbringing, and Texas \ experience. Diners will find dishes like borscht and pierogi’s alongside Gulf seafood and collard greens. Another global inspiration is the Pork Tonkatsu served with savoy cabbage, bulldog sauce and Kewpie mayo. Traditionally a Japanese dish, the breaded and fried pork chop is definitely a patron favorite. 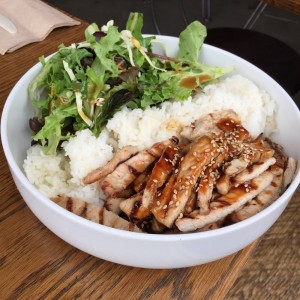 This chef-driven, from-scratch fast casual has locations in New York, San Francisco, Chicago and Madison. They serve Seattle-style teriyaki – a combination of Korean and Japanese traditions. Guests make their own bowls and combo platters by selecting protein, rice and dressing. One of the main protein choices is boneless pork loin, cooked to order and served in the bowl or in a salad with sesame, carrot-ginger or honey-lemon dressing. 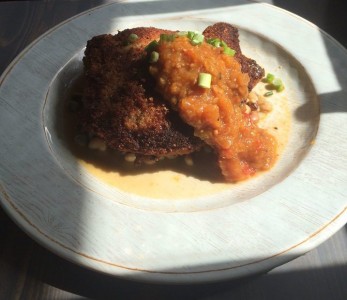 Susan Spicer and longtime Bayona Chef Brett “Shaggy” Duffee recently opened Rosedale, a casual neighborhood spot in the Navarre area of New Orleans. The restaurant boasts a laid-back atmosphere, great patio and a constantly rotating menu of New Orleans-style food. One of the favorites is the Panéed Pork Chop – a boneless chop dredged in flour, egg and milk, then fried and served with field peas and hot peach mustard. 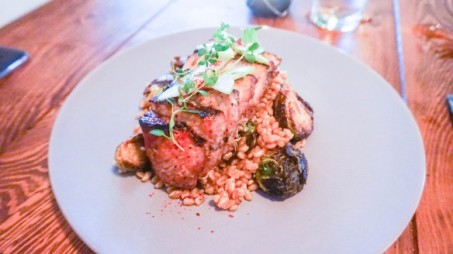 The first solo project from Chef John Resnick, this San Diego restaurant is a celebration of live-fire cooking. The open kitchen smokes and grills a variety of items including Pork Chop Char Siu, served with farro, Brussels sprouts and thinly sliced apple. 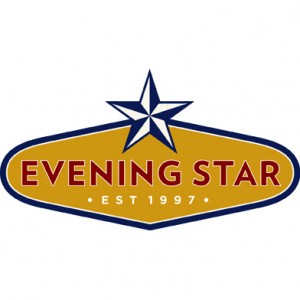 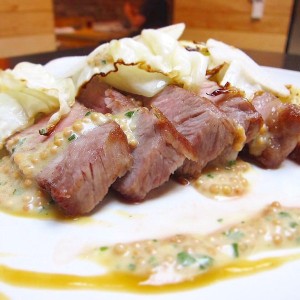 At this Hawaiian-inspired spot in San Francisco, Chef Ravi pays homage to his Hawaiian upbringing while incorporating global flavors. The Country Pork Steak is a fan favorite, menued differently based on the season. Currently, it’s served with sunchokes, sweet potatoes, coconut-miso and mustard seeds, but other iterations have included charred cabbage, miso honey and Tokyo turnips.